Please read on for the latest exciting developments from Frewer Engineering in June 2021 – we are moving to new larger premises to facilitate our clients increasing demands.

We hope you enjoy the read! 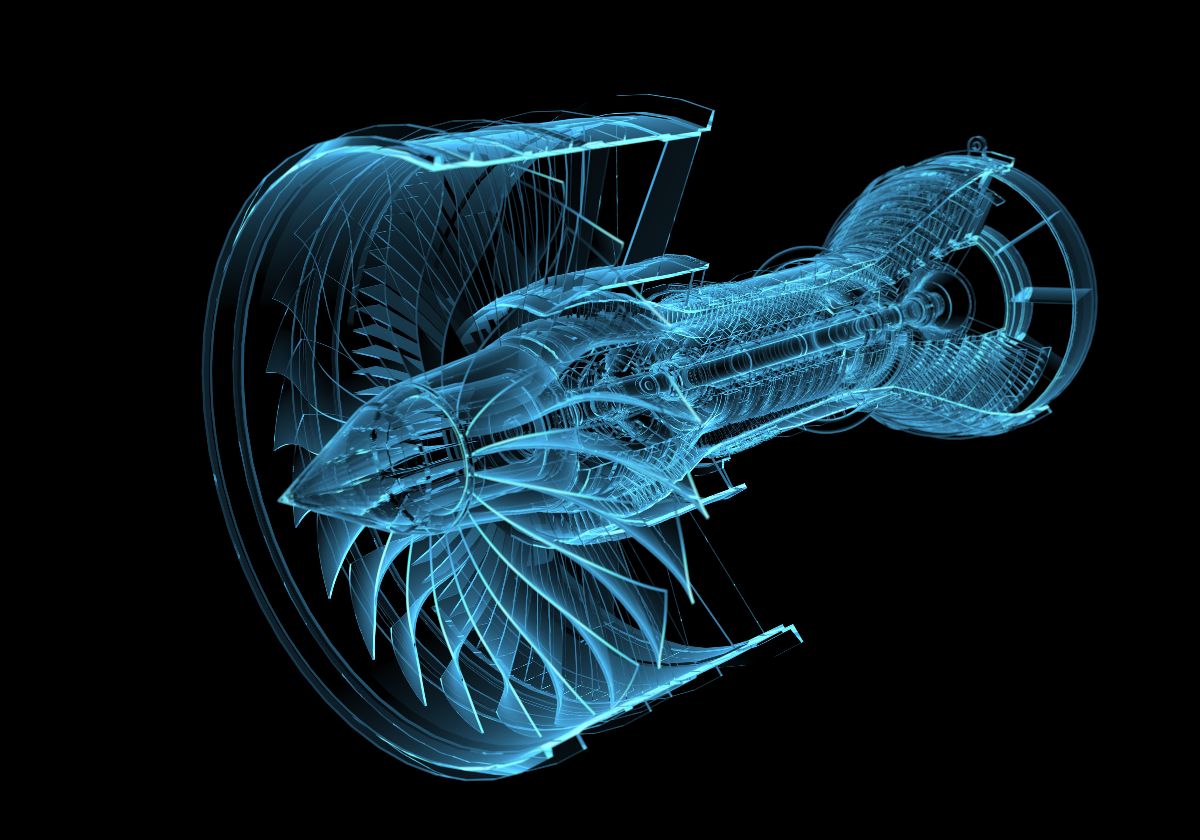 Our Advanced Engineering team are currently working on an extremely large civil gas turbine development project which includes a geared fan assembly allowing for unprecedented gains in fuel efficiency for large civil air liners on long haul operations. Working on a complete end to end program to develop the fan blades, our team are involved in the design of high speed spinning rigs to confirm the design intent of the carbon composite blades. Considering the ability to balance the equipment and the consequential rotor dynamics is key here.

The team are also involved with the design of slave exit nozzle assemblies that are used to provide the correct back pressure for the development engine to allow assessment of performance.  This equipment contains instrumentation to allow assessment of noise etc. The challenge here to is to create a design shape when hot in service that can be achieved from a cold shape as manufactured, we call it “hot to cold” analysis using our own in house developed programs. This gives our customer’s aerodynamics team confidence of acquiring the best data on test. Vibration analysis is also key here to ensure structural integrity. 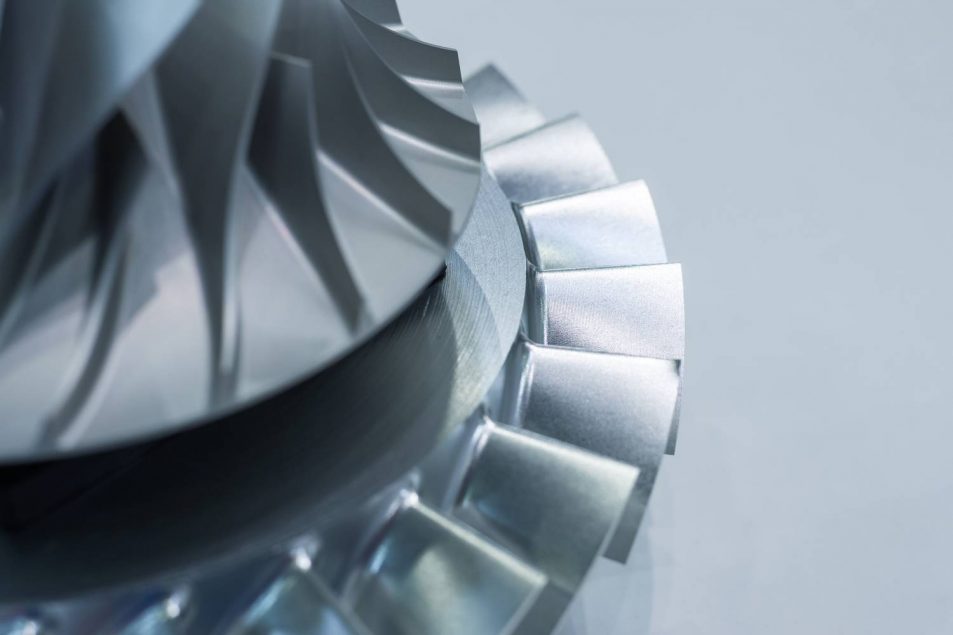 Our Advanced Engineering team are working on the preliminary design and concept design of new compressor and turbine rigs used to demonstrate future technologies in civil and defence gas turbines. Our team have a wealth of experience in the field of design and support to manufacture and build on a number units over the last 25+ years!

Using our in house design rules and methods for the design of discs, blade roots etc is key here. These rigs require heavy quantities of instrumentation too, in this instance we partner with specialist instrumentation companies to give our customer a total design solution. Modelling of the complete thermal behaviour is also vital to support this work, we call this a full thermo-mechanical model and requires the use of our full suite of computing (often run over night!).

Click here for more on our Advanced Engineering Division capabilities

Our Advanced Analysis team have been continuing our support to the A1 Steam Trust with their ongoing development of the new-build P2 No. 2007 Prince of Wales steam locomotive. In our latest project we have been examining the behaviour of the exhaust steam plume. At certain wind conditions and engine operating points with the original Gresley class P2 boiler casing design, it was observed that there was a tendency for the steam plume to become entrained along the boiler casing and obscure the view of the driver – this is sometimes referred to as the Coanda effect.  We have used our advanced CFD analysis tools and expertise to predict the plume path at a range of wind conditions and locomotive speeds, and have demonstrated that across a range of crosswind, forward speed and exhaust flow condtions, the predicted path of the exhaust plume does indeed follow the casing, matching real-life observations.

The next objective is to identify design changes which can be made to the boiler casing, with the intention of influencing the air and steam flow to raise the steam plume clear of the driver’s position, without making significant alternations to the design outline of the locomotive’s boiler casing.  In the next part of the study we will be testing the effect of proposed design modifications to modify the airflow around the boiler casing and successfully raise the steam plume clear of the driver’s cab.

Ben McDonald, Group Director of Engineering, A1SLT, comments: “The commissioning of Frewer Engineering to undertake a Computational Fluid Dynamics analysis of the influence of the Coanda effect on the exhaust steam over the casing is part of the continued application of modern techniques in the design and development of our improved class P2, completing the work of Sir Nigel Gresley from the 1930s.”

Frewer Engineering features in the latest issue of the A1 Steam Trust magazine https://www.a1steam.com/wp-content/uploads/2021/06/TCC-61.pdf

Click here to read more on our CFD analysis capabilities 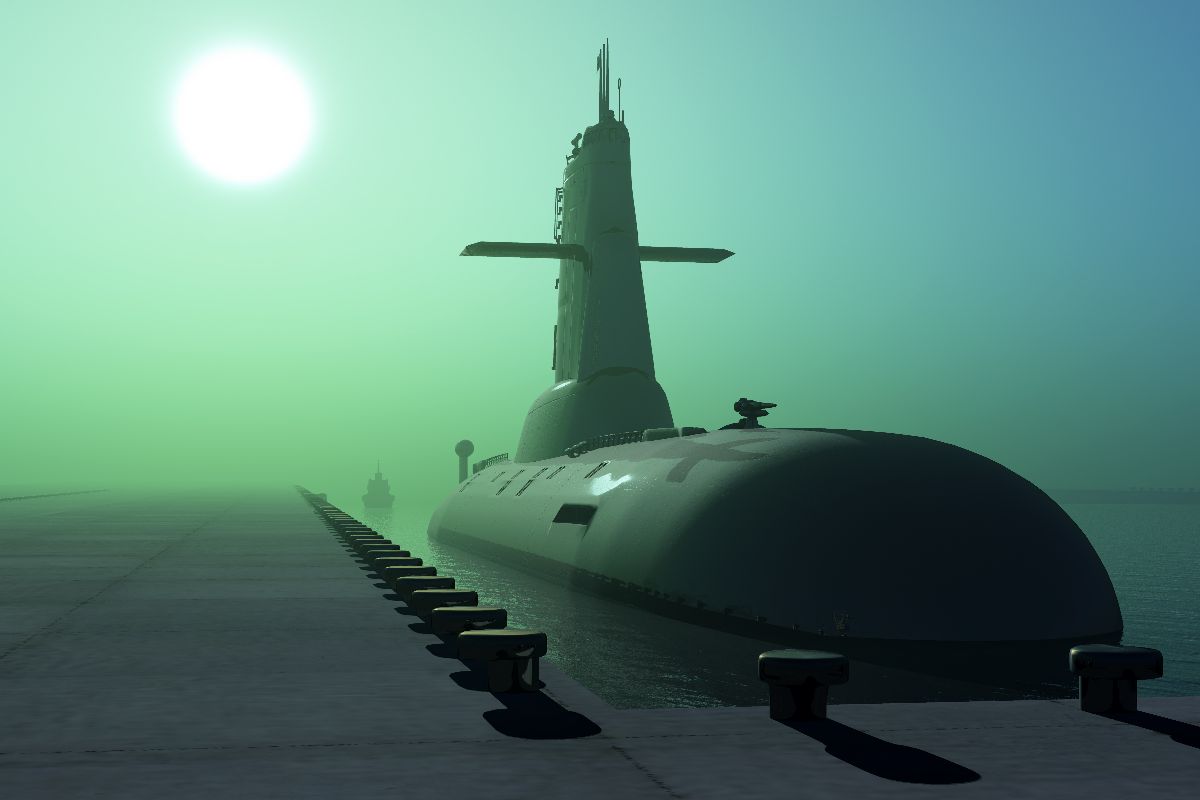 The Advanced Composite Division are working on a variety of projects involving highly loaded structures for deployment under water by both sub-surface and surface vessels. After having completed the design of these systems, they are now heavily involved in shock loading analysis and damage tolerance assessments. For composite material applications these assessments involve deep understanding of how the materials behave when compared to conventional metallic structures.

Our composites team are utilising NX Analysis to allow quick iterations in the design and then re-analysis to be performed, leading to efficient design refinement for weight and strength. The team collaborate with the CFD team when fluid structure interaction predictions are required, having both teams under one roof results in efficient delivery times for our customers. 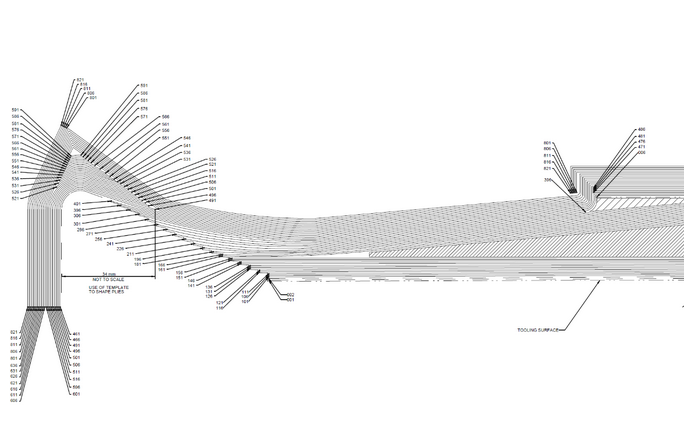 Our composite design team are producing complex detail drawings and schemes to define extremely intricate structures for manufacture. This along with the production of ply placement documentation involves very close liaison with our end customer’s chosen manufacturers.

Producing composite detail drawings to BS EN 4408-2:2005 is key here. This standard provides all the correct information for aerospace standard manufacturers to work with.

Click here for more on our Advanced Composites Division

Super efficient use of time differences 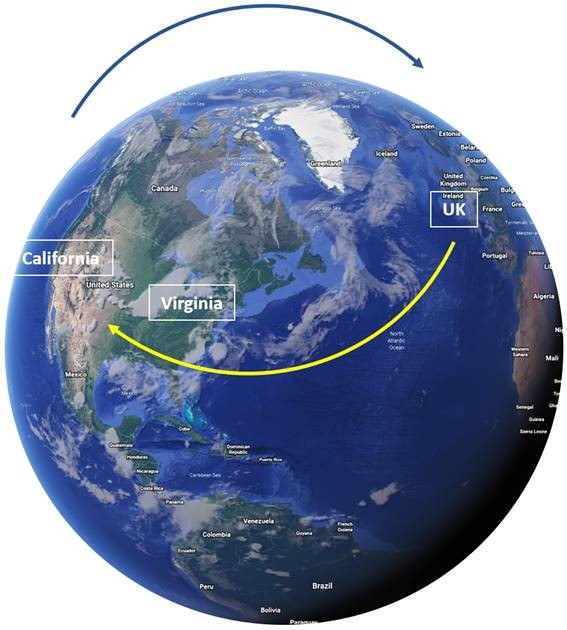 This provides the benefit of fresh eyes to clients and colleagues, waking energised in the morning to pick up new work. Overlap hours (late afternoon U.K. and early morning U.S.) are carefully managed to obtain greatest benefit from direct comms. We have also been working in the same vein with customers in other countries, such as a team based in India! 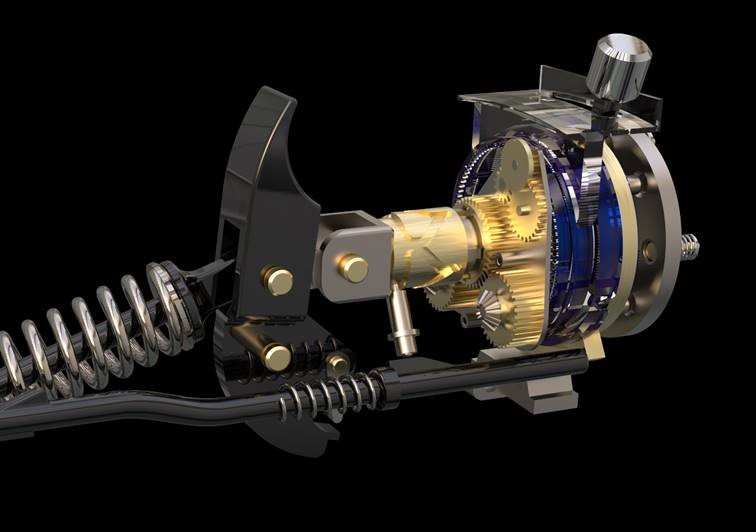 Our Advanced Engineering design team are currently working with a client to develop a complex trigger and fire control mechanism for a quad shot gun application for the sporting industry. Time to market is key here for our client, to reduce development time we are utilising our 3D printing equipment to test out the all new system before going into manufacture of the first article. Geometric tolerancing and reliability is critical here. The mechanism is complicated further by the need to quickly select which barrel is to be used and the capability to fire all four barrels at once must be considered!

Click here to read more on our Design capabilities

Update from the MD 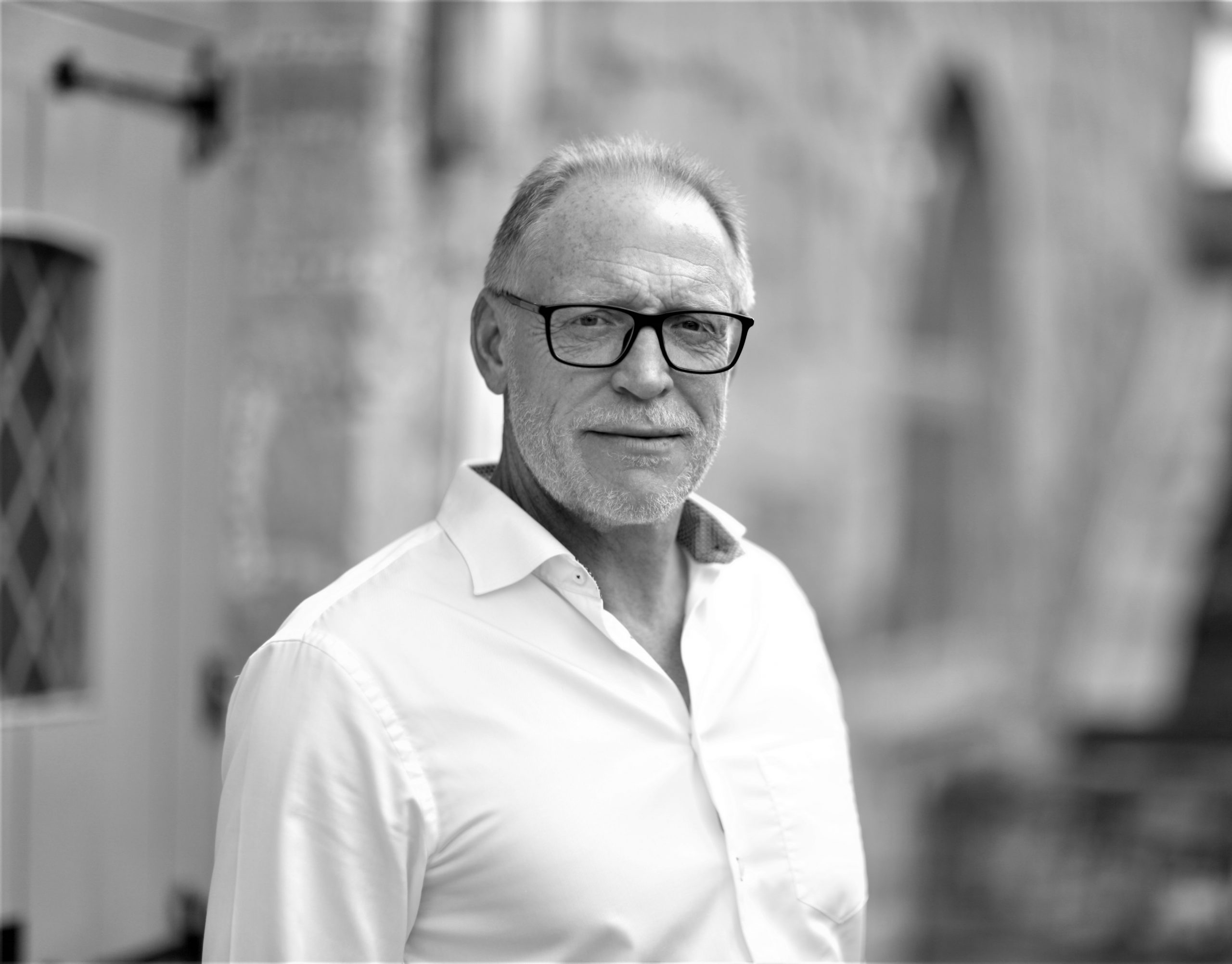 So pleased you made it down to here!

I am pleased to report that our business continues to grow across a number of industries and to that end, we are currently gearing up for a move to larger premises that provide higher levels of security and allow more design office space to cope with our new starters who will be joining us over the summer.

Further, we have been concentrating heavily on our IT security and to bolster our already assessed cyber essentials plus certification, we are now in the process of DART registration. We are investing in a further secure network with limited access to facilitate projects with even higher levels of confidentiality.

Further investment in training for our staff is underway in the fields of project management, rotor dynamics (using our MSC Rotor Dynamic software tool) along with our new FEA tool, and MSC Apex, which allows fast geometry clean up and some new composite structures analysis capabilities. All of which we hope will give an ever improving service to our customers.

This website uses cookies to improve your experience while you navigate through the website. Out of these, the cookies that are categorized as necessary are stored on your browser as they are essential for the working of basic functionalities of the website. We also use third-party cookies that help us analyze and understand how you use this website. These cookies will be stored in your browser only with your consent. You also have the option to opt-out of these cookies. But opting out of some of these cookies may affect your browsing experience.
Necessary Always Enabled
Necessary cookies are absolutely essential for the website to function properly. This category only includes cookies that ensures basic functionalities and security features of the website. These cookies do not store any personal information.
Non-necessary
Any cookies that may not be particularly necessary for the website to function and is used specifically to collect user personal data via analytics, ads, other embedded contents are termed as non-necessary cookies. It is mandatory to procure user consent prior to running these cookies on your website.
SAVE & ACCEPT

You have Successfully Subscribed!

By clicking subscribe you agree to receiving regular email updates from the Frewer team.