We hope you enjoy the read! We are pleased to announce that Dr Richard Lock joins us this month as our Projects Director.

Rich, who has previously been a consulting engineer to us, now joins us a permanent member of staff with the remit of looking after our customers who have multi disciplinary requirements which spread across our three divisions.
Rich will be working alongside our existing divisional heads, Matthew Jeffreys, Simon Apsley and Martha Cooper and reporting directly to our MD Peter Frewer. Through April 2021 our analysis team are currently busy performing advanced dynamic analysis activities for our end customer based in California, USA in the field of silicone chip manufacturing machinery.

Analysis types being performed are as follows:

Further we have recently invested in additional analysis software tools from SIEMENS NASTRAN giving us increased resource pool for large analysis projects. The new tools use floating licences, allowing our team to work remotely more efficiently, which will speed up deliveries to our clients.

Click here for more on our structural analysis capabilities The project involves sizing and selecting a turbine blade set shape from scratch to achieve the required power generation capabilities for our customer. Aerodynamics is key to achieving the end clients requirement here along with detailed blade and disc design for safety. The team are preparing a design that can be wind tunnel tested in the summer to ensure it’s performance, before moving forward into detail design of the equipment. Frewer Engineering are gearing up as a key engineering partner to the A1 Steam Trust, with ongoing support to the development of the new-build P2 No. 2007 Prince of Wales steam locomotive. The P2 will be the UK’s most powerful ever passenger steam locomotive, more powerful than the Class A4 Mallard which still holds the world speed record for steam, set over 80 years ago.

With support from Frewer Engineering, the A1 Steam Trust are including various tweaks and snag fixes to the legacy design by Sir Nigel Gresley – switching materials, increasing the steam pressure and tuning valves to squeeze even more power from the locomotive. Our key involvement to date has been Computational Fluid Dynamics (CFD) modelling of the steam passageways to check for flow constrictions and choke points which may otherwise limit power. Key to this tuning exercise is the input from Trust member; Ben McDonald, and our own Martha Cooper, bringing combined drive train tuning experience from time at Jaguar Land Rover and Aston Martin (Ben) and Cummins Engine Company in Darlington (Martha).

The P2 project has gained national-level attention – James May (Top Gear / Grand Tour) machined one of the first components for the P2. The project is an ongoing management success story – many other organisations have tried and failed to resurrect legacy steam designs and fallen short. In contrast, the A1 Steam Trust have already built and run a modern-day successor to the record-breaking Flying Scotsman. Their new-build counterpart ‘Tornado’ has proven to be both a technical and a commercial success, regularly running cost-effective, efficient and reliable tours throughout the UK, fast enough to keep up with modern traffic on the line, while meeting all 21st century standards for safety, braking, signalling and consistent performance.

The new machine will offer all of this and more. The P2 is another notch up from Tornado in terms of power output and hauling capacity. Formidable to look at, the P2 is a 170 tonne fire-breathing dragon, requiring eight driving wheels in ‘Mikado’ formation (2-8-2) to maintain traction with the rails under maximum torque.

To find out more about this exciting project visit:-

Click here to read more on our CFD analysis capabilities 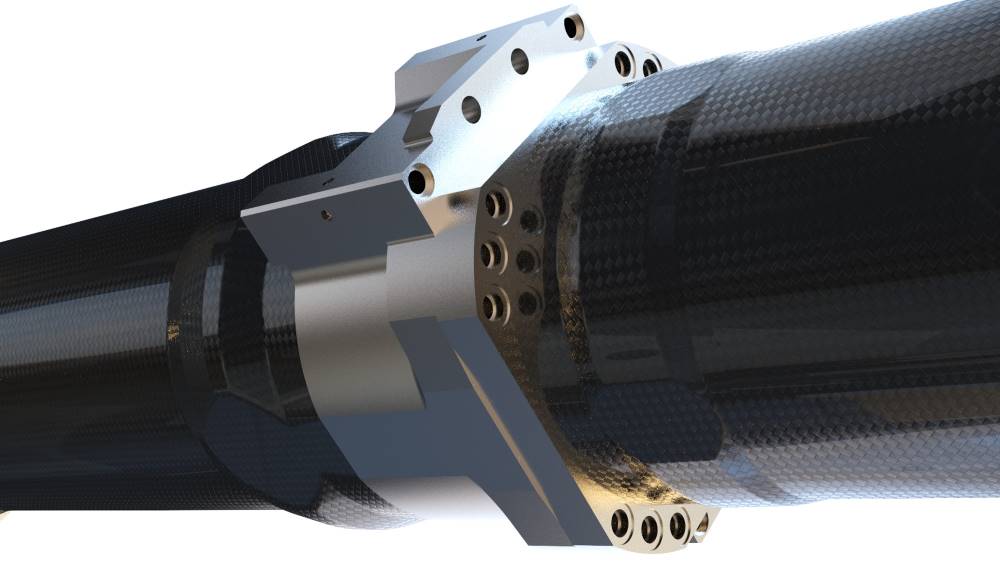 Through April 2021 our Advanced Composites Division have been busy designing a variety of submarine excrescencies in carbon an glass composite materials. Predicting performance for stiffness and strength under extreme conditions is key. The structures are “thick” composites which require careful finite element analysis to ascertain the true performance in service.

Along with the above, the team are involved in the design and analysis of a variety of aerospace panels which require aerodynamic load mapping to ensure service life. Our composites team is growing with a new member of staff being added in two months time, we will report more on this addition in the next newsletter…

Click here to read more on our Advanced Composites capabilities Our Advanced Analysis team have been busy working on a variety of high speed spinning rig projects for the development of future gas turbine composite fan blades. These involve complex balancing and rotor dynamic considerations in order to achieve success for our customers.

Additionally, the team are involved with high temperature and high pressure vessels for the development of future combustors that will achieve much greater environmental performance than has been seen previously. Other team members are busy designing highly loaded pylon and engine support architecture for the aerospace industry.

This website uses cookies to improve your experience while you navigate through the website. Out of these, the cookies that are categorized as necessary are stored on your browser as they are essential for the working of basic functionalities of the website. We also use third-party cookies that help us analyze and understand how you use this website. These cookies will be stored in your browser only with your consent. You also have the option to opt-out of these cookies. But opting out of some of these cookies may affect your browsing experience.
Necessary Always Enabled
Necessary cookies are absolutely essential for the website to function properly. This category only includes cookies that ensures basic functionalities and security features of the website. These cookies do not store any personal information.
Non-necessary
Any cookies that may not be particularly necessary for the website to function and is used specifically to collect user personal data via analytics, ads, other embedded contents are termed as non-necessary cookies. It is mandatory to procure user consent prior to running these cookies on your website.
SAVE & ACCEPT

You have Successfully Subscribed!

By clicking subscribe you agree to receiving regular email updates from the Frewer team.